Students with no Matric

Not everyone manages to finish their Matric. The good news is that you do not need to have a Matric to start studying! Below you will fnd a list of courses for Students with no Matric.

Are you Struggling Because you do not have a Matric Certificate? Let us Help you:

Are you older than 23? Did you fail Matric? Have you just left school? Or did you leave school many years ago, but now you wish to study? You might think that because you haven’t got a Matric that you cannot study. You are not alone. Did you know that half of all pupils who go to school, drop out of the school system before they even get to Matric? And over half the pupils who write Matric, cannot go on to further studies, because of the wrong subjects, getting low marks, or simply not getting a place at a college or university?

Don’t worry! There are many opportunities to study further; with Skills Academy you can still receive a quality education and achieve your career goals, even if you do not have Matric. Check on this great article on News24 for even more info for on why you don’t always need a Matric: What is this obsession with Matric? 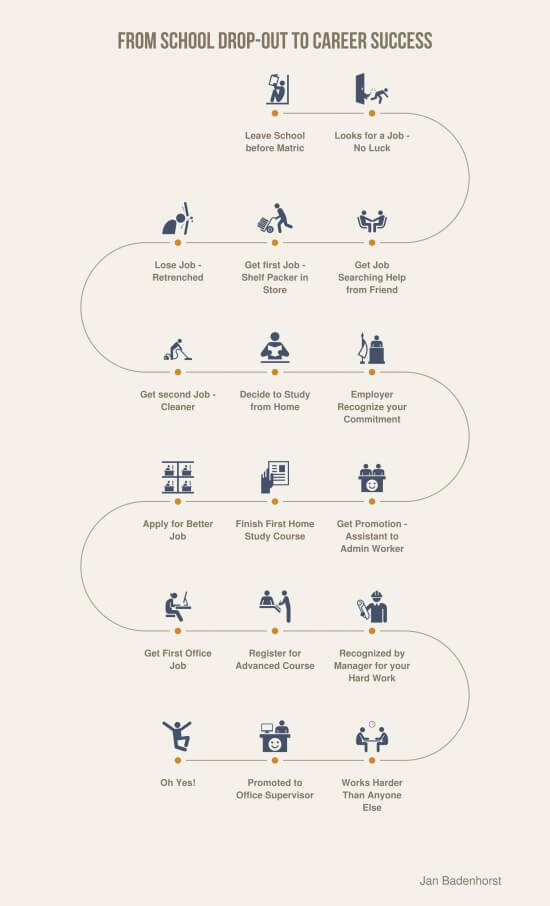 How Many People do not Ever get a Matric Certificate?

Education Minister Angie Motshekga released the 2015 Matric exam results, showing a pass rate of 70.7%. While many people were happy with that number, Equal Education showed that many students drop out before they write the final exams. For the 455,825 pupils who did pass their Matric finals, 166,263 had marks good enough to be accepted for a bachelor’s degree. The pupils who did not meet the entry requirements for a bachelor’s degree may choose to go straight into the workplace, but trade union ‘Solidarity’ has painted a mixed picture for these candidates.

Solidarity has recently put out its Matric Report 2015, which says that “a Matric certificate does not seem to have a significant effect on a person’s chances of finding employment”.

“Among working people with Matric as their highest qualification, only some 30% earned more than R6,400 a month in 2011,” stated Solidarity, basing its findings on Census data. “According to the report, the South African labour market had already been swamped for decades by a vast oversupply of people with little or no training.”

Students With no Matric?

Many students see high school as an opportunity to have fun and party and do not focus on their academics as much as they should. It is only once they have decided where to study and what they want to do with their lives, that they begin to realise how important Matric really is, and your whole school career for that matter. It is possible to leave school at the end of Grade 9 with a General Education and Training Certificate (GETC),

20 or 30 years ago it was possible to do further studies with this and build a good career for yourself. Now a days if you would like to study further at any institute, you will need a Matric certificate. You get different passing levels based on your results, the higher your marks, the better the qualification is that you can study for. The different levels are Higher Certificate Pass, Diploma Pass and Bachelor’s Certificate Pass.