We are still open!

We are still open!

Skills Academy in the Media

Skills Academy in the Media

JOHANNESBURG – A 2017 matric learner reached out to Radio 702, expressing how she’s unable to complete her studies.

She told 702 she could only write three subjects as her preliminary marks were not good, adding when she tried to contact her school, they told her she was no longer their problem.

Jan Badenhorst, the CEO of Skills Academy, says he’s surprised that the learner was not allowed to write exams for all her subjects because of her year mark.

Radio 702 Azania Mosaka speaks to Badenhorst about some options available for matric pupils who did not do well.

Read Articles on EWN and KFM

How many of the kids that started school 12 years ago, will have a degree three years after they complete Matric? The most recent research shows that it is 9,9%.”

“According to an estimate by the dean of the tax faculty, Stiaan Klue, only two out of 10 matriculants made it into a South African university this year, as low university acceptance rates become an everyday reality.

This is an alarming figure, considering that the country churned out a total of 828 020 matriculants in its 2016 class. If the estimate is true, that means that only 2% will get into a university.

The chief executive officer of the Skills Academy, Jan Badenhorst, backs this up, although his estimates are not quite as dire.

According to Badenhost, only about half of the pupils who enter the schooling system in Grade 1 will get a matric certificate and of those, only 5% are likely to get a university degree.

This is a dangerous situation, Badenhost warned, as there is a direct link between level of education and expected income levels. 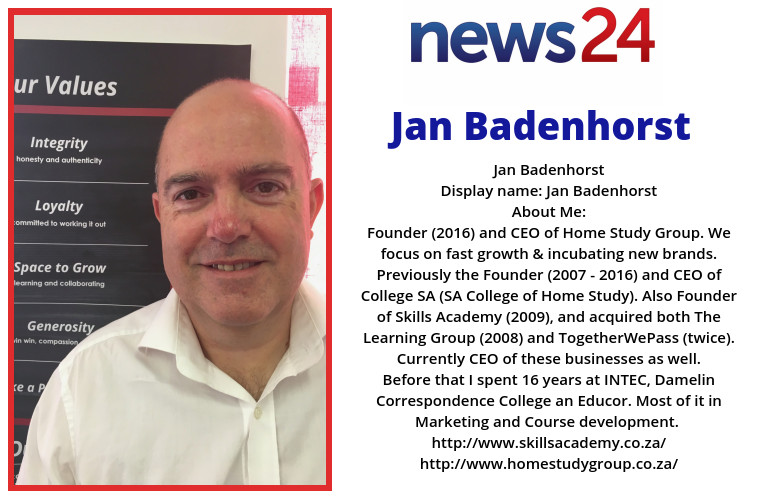 More Of Us In The News

How getting a degree drastically increases your salary

The 99% that will not get a degree

The Value of One more Year of Study

The value of Studying in Tough Economic Times

The Robots are Coming for your Jobs

We Will Call You